What process was used to ensure Small-holder Voices (SHV) were heard by policy makers?

The study utilizes a multi country approach; Senegal and Burkina Faso are test cases at the national level policy formulation. The two countries formed apex producer organizations mainly to ensure that smallholder farmers speak with a common voice when engaging with the State or Development partners. The producer organizations ensured that smallholder voices are heard by engaging the state severally through consultations at the local, regional and national levels. At the regional level, the Network of Farmers Organizations and Agricultural Producers of West Africa (ROPPA), consisting of 10 national farmers organizations in West Africa had been actively involved and supportive of a regional agricultural policy, having several consultations and participating in regional meetings of West African States.

The national producer groups of Senegal and Burkina Faso had been pivotal in crafting national agricultural policies at different levels of participation. Their participation in policy formulation yielded results but actual policy implementation has been abysmal, largely due to a lack of resources and trade-offs among priorities. On the other hand, ROPPA was involved in  crafting of the regional agricultural policy for West Africa through active participation.  Its representatives presented two main demands during a regional workshop, both of which were incorporated into the policy: an emphasis on family farming and the establishment of a regional fund for agricultural development for the Economic Community of West African States (ECOWAS).

There are lessons that can be learned from these cases: 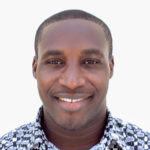